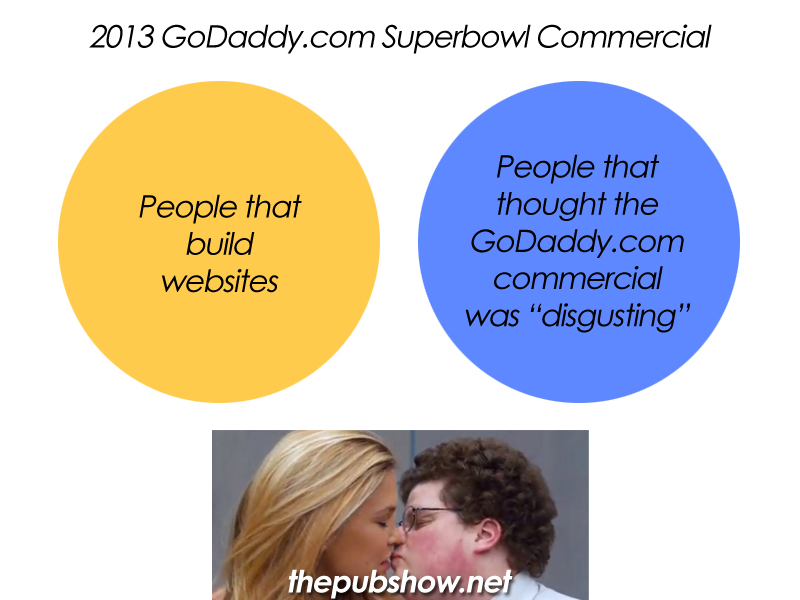 GoDaddy.com‘s 2013 Superbowl commercial, featuring model Bar Refaeli making out with a geek,  is drawing lots of criticism…from everyone except the people the ad is targeted toward. To help illustrate this, I’ve created a venn diagram:

This is very similar to the YouTube video where a former MTV fan “asks a network head” why MTV plays shallow reality tv shows instead of music videos now. “Not our f*@#ing demo anymore!”: