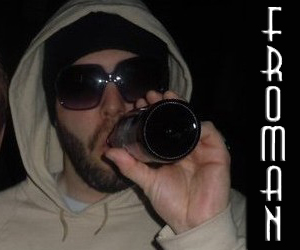 The self-proclaimed Sausage King of Chicago, Abe Froman has a unique comedy style that can only be described as “Fucking Funny”. He is The Pub Show’s South-West Correspondent, performing interviews and gathering news from around the globe (read: South-West Michigan). When he’s not reporting the PubNews, Abe fills in the slow parts of segments with guitar solos, weird sound effects and off-color commentary. 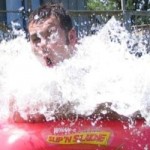 DC is The PubCrew’s “ringmaster”. He attempts to keep The Pub Show on track and mold it into an enjoyable mix of intellectual conversation and drunken banter. DC is the guy that has to explain everything, attempts to shelter the listeners from anything offensive, and tends to be indecisive about PubShow topics, unless they’re REALLY important to him. He would rather let The Dude and Abe Froman beat each other senseless to prove their points and then agree with whoever wins. 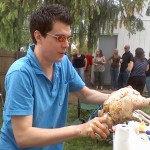 The Dude (AKA: Mr. Super Fantastic)

The Dude get’s a bad rap because he tends to be the most outspoken member of The PubCrew – spouting off without knowing what is being discussed or simply taking an opposing stance on an issue because “someone has to do it”. The Dude is pretty much harmless, though, because he’s only here for the beer (and to fight hippies). 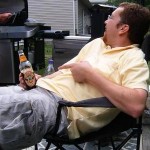 JJ Dynomite has been a member of The PubCrew since before The Pub Show even started. He stops in from time to time when he’s not busy working with dumbasses and wanting to throw his phone off a cliff. 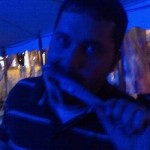 TripleNad needs no introduction – just stop by his Cougar Emporium and pick up one of his fine pre-owned Cougars TODAY!  Plus, he makes his own beer, so he’s a good guy to “keep on staff”. 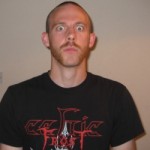 Metal Mike is often the voice of reason on The Pub Show, but is also prone to fits of rage when provoked. He’s got a short fuse when it comes to stupidity and ignorance. As his name suggests, he’s a big fan of loud, angry music, but don’t let that fool you – there’s a soft side to Metal Mike. While it IS true that he has has eaten Rattlesnakes, smokes while playing basketball, and intentionally burns his chest hair off, Metal Mike also listens to Cold and writes computer programs for fun… 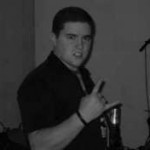 As his name suggests, Billy Dee is a classy cat who waits to speak until he knows exactly what he wants to say. BDW stops by The Pub Show every now and then to drop some knowledge on The Pub Fans. (and drink some Colt 45!) 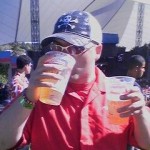 DC’s oldest friend – J-Dog played video games with DC all the time as kids! Now he jumps into the show when he’s in town so he can boost his “Nipple Twister” stock price.

Dirty Talker and Funky Walker are a textbook example of the “Brother from another Mother” type relationship. They tend to finish each others sentences and think along the same lines when it comes to comedy (or ripping on The Dude).